With the start of a new calendar year, often comes an impetus to begin again, to renew, and to reassess priorities and goals. Similarly, with a new season and often coinciding with the beginning of a new academic year, some of these same sentiments come to the surface. As students consider new ways to innovate and maximize learning, business owners can see these times as opportunities to do the same and more. As priorities, opportunities, and trends continue to develop and shift, it is imperative for businesses to consider how they can pioneer, pivot, and lead. It is particularly important for business owned by BIPOC (Black, Indigenous, and People of Color) entrepreneurs, to consider these opportunities to differentiate and advance their business trajectories to mitigate the challenges presented in our increasingly complex marketplace. Here are a few ways that businesses can accomplish this:

Providence, RI – Tuesday, August 31, 2021 – The Rhode Island Black Business Association (RIBBA), a non-profit organization dedicated to advancing the business opportunities and vitality of Black-owned and minority businesses in Rhode Island, announces the launch of the Emerging Leaders Steering Committee and welcomes 14 members. The committee will be dedicated to the overall direction and success of the Emerging Leaders Development Program.

The Emerging Leaders Development Program is a 6-month leadership program prepares high-performing BIPOC (Black, Indigenous, & People of Color) professionals for advancement into senior leadership and executive roles while raising their visibility as a force within their organization and community. The program will be delivered by RIBBA in partnership with the University of Rhode Island Office of Strategic Initiatives.

“We’re so grateful to each of the steering committee members for being committed to our organization’s purpose. RIBBA’s mission-critical work is about creating access to resources, opportunities and building communities,” said Lisa Ranglin – Founder and Executive Director at RIBBA. “We advocate for equitable distribution of resources to underserved people to change the trajectory of people’s lives which sets the path for a huge difference in the outcomes and promotes career advance and economic sustainability.“

“I enjoy working with the team at RIBBA supporting the Emerging Leaders Development Program as it brings a new group of leaders to the table and provides the mentorship and support they need to continue to meet goals they set for themselves and the corporations they work for,” said Kyle Bennett – Director of Policy & Equity at United Way. “This work is a direct impact on Rhode Island Corporate Leadership Diversity, Equity, Inclusion and Belonging.”

“I believe in the structure and value of this program and I’m honored to be a part of the committee supporting its launch,” said Leah DeCesare: Award-Winning Author and TEDx speaker

The Emerging Leaders Development Program is free for participants and begins on October 12th. To apply by the deadline of September 20, 2021, please fill out the Application Form or learn more on the Emerging Leaders Web Page. For questions, contact Amanda Roman, Director of Program Development & Operations, at amanda@ri-bba.org. 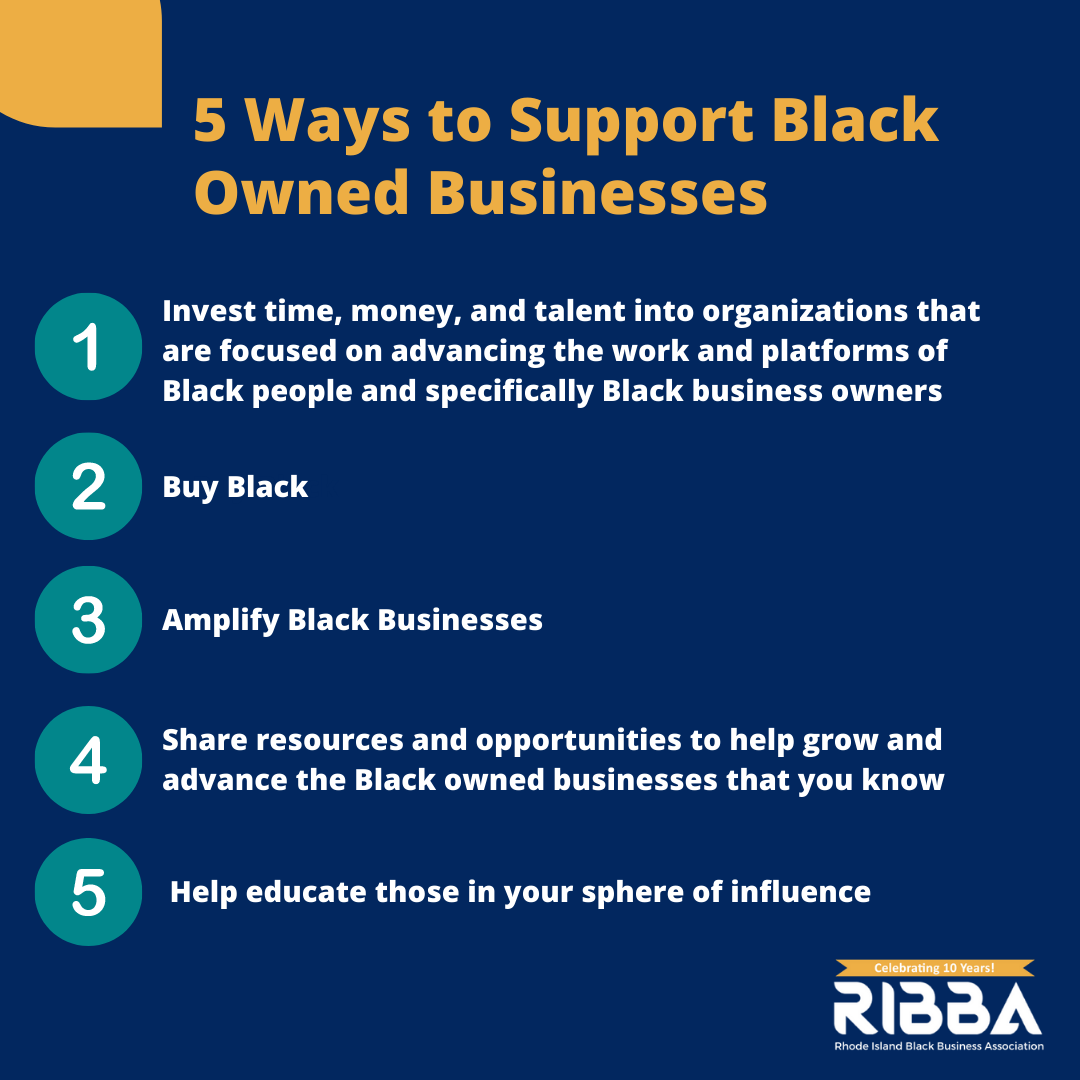 Many of us have heard the phrases, “money is power” and “there’s power in numbers”, in many contexts and in many seasons of our lives. While there’s truth to both adages, I would take it a step further and say there’s power in the how and what in terms of spending money and there’s also power in the number of people that patronize, support, and advocate for a business. With that said, it makes a big difference where people choose to use their resources, whether it be time or money. Specifically, if you are concerned with advancing economic opportunity and equity, then it is imperative to consider the impact of individual and collective choices as it relates to spending. More specifically, if you truly want to advance and amplify the platforms of Black, Indigenous, and other people of color, it needs to be an ongoing, intentional, and open-minded effort. One important and effective way to do this is to promote and support Black owned businesses. From day to day needs to long term material investments, to services and leisure resources, there are many opportunities to rethink the way you spend your money and time. I’m pleased to offer a few ways to get started.

A study completed in November of last year but released to the public on Tuesday drew a harsh response from RIBBA, the Rhode Island Black Business Association on Thursday. The State of Rhode Island paid Mason Tillman Associates half a million dollars to conduct the Disparity Study

, which finds evidence of discrimination against Black and women owned businesses by the state.

PROVIDENCE, R.I. (WPRI) — Following the recent release of a disparity study in Rhode Island, the Rhode Island Black Business Association (RIBBA) is calling on state leaders to respond, while also issuing the state a failing grade.

PROVIDENCE – The Rhode Island Black Business Association had harsh words for state officials after a recent report revealed continued noncompliance with the state’s own regulations around contracting with minority-owned businesses. 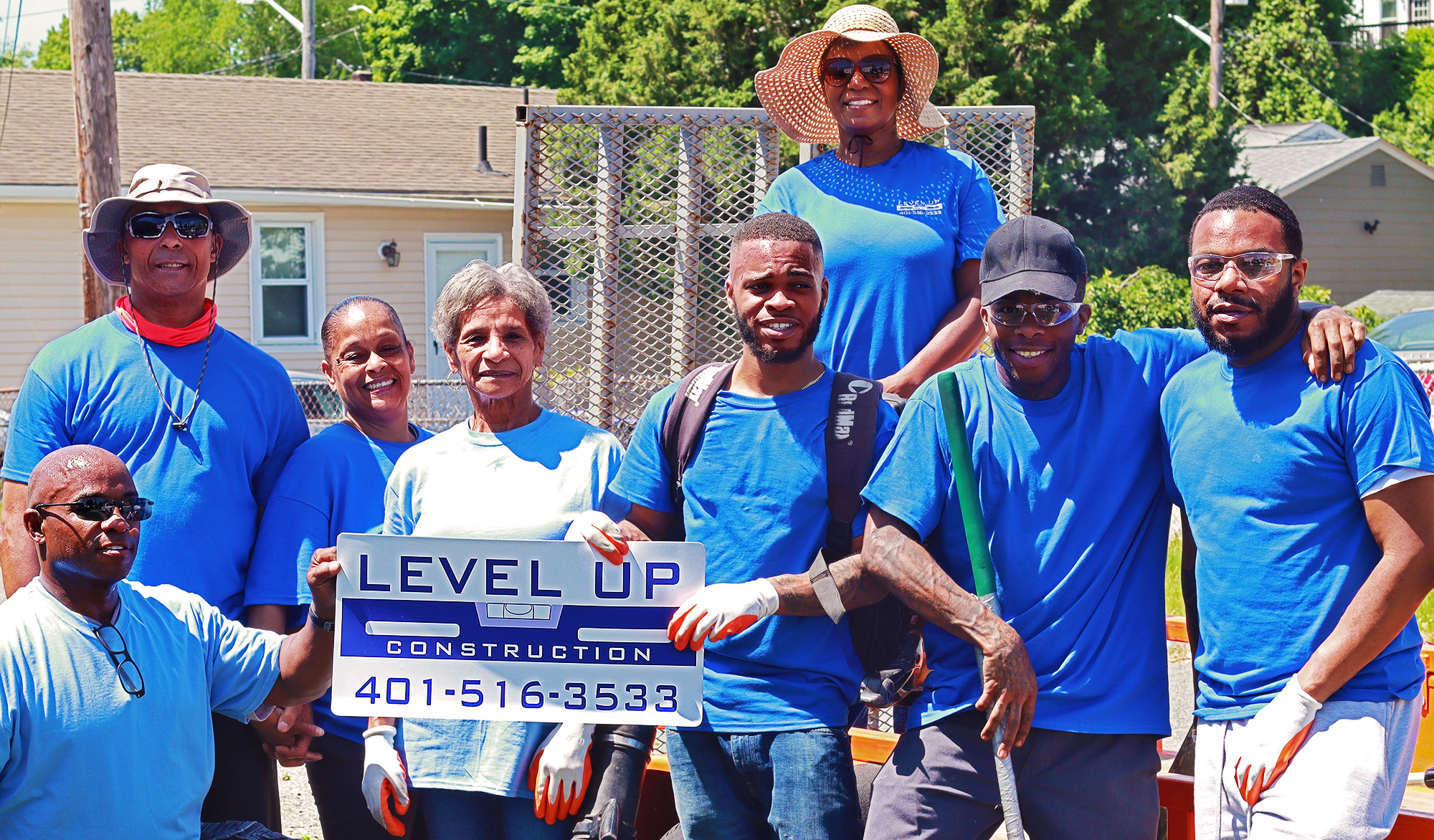 RIBBA’s mission is made possible by a stellar community of businesses, staff, volunteers, and supporters. We’d like to place a spotlight on one of the members of this incredible network: Level Up Construction, LLC.

Urcella Isom is the founder and president of Level Up Construction, LLC, a Black and women owned business that focuses on general contracting in both the residential and commercial realms. Urcella’s journey to business ownership in construction consisted of many twists and turns along the way between pursuing different business paths as well as working as a laborer, which lends to her expertise and commitment to changing the landscape of the construction field. As is the case with many businesses, and BIPOC (Black, Indigenous, and other people of color) owned businesses in particular, a barrier for Level Up Construction, LLC is access to critical financial and operational resources to help propel the business to the next level of growth. Some additional obstacles as a BIPOC (Black, Indigenous, and other people of color) entrepreneur is that in some communities, there is more questioning about competency and ability to deliver high quality results. 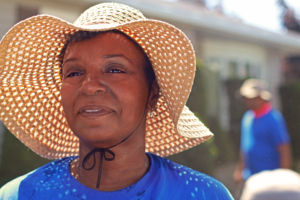 Urcella is grateful for the support of RIBBA, as the opportunities afforded to her and her business through the organization have been meaningful and impactful. As a busy and highly mobile business owner in construction, her time is limited, but as a next step she would like to explore more ways to get involved with the organization. Additionally, as some particular areas of need in terms of support, Urcella has identified business counseling and capacity building resources as the next step to facilitate growth and advancement. As someone who began the entrepreneurship journey officially just months before the pandemic, Urcella is very aware of the challenges associated with balancing life responsibilities and taking this narrow path of business ownership that requires deep courage and tenacity. Her recommendation to those aspiring to a similar journey is: “although it is not as easy as people think [to run a business], if there is a fire burning within, it is achievable, just follow the necessary steps and go for it”. She also believes and practices the adage “it takes a village” knowing the power of community; and is deeply grateful to her family for their support and partnership and belief in bringing her vision into action.

Funds will support LEAP Initiative which trains and supports young adults through their academic and early careers.

Providence, RI – July 15, 2021 –  The Rhode Island Black Business Association (RIBBA), a 10-year-old non-profit organization dedicated to advancing the opportunities and vitality of Black-owned businesses and professionals in RI, is pleased to announce a charitable contribution in the amount of $15,000 from BayCoast Bank. This funding will be used to train and support young adults through their academic and early careers by providing well-informed programs and services that strengthen their skills and support the complex challenges they face.

“RIBBA’s innovative LEAP initiative provides a comprehensive suite of services to truly enable young adults reach their potential and succeed.  We are honored to partner with them and support this important work,” explained Nicholas M. Christ, President and CEO of BayCoast Bank.

RIBBA and their charitable arm, the Institute of Economic Empowerment & Development (IEED), have worked over the last 10 years to create a more equitable business environment in Rhode Island through business and career development programs, as well as through their advocacy & policy work.  This greater investment in RIBBA comes on the heels of a national reckoning that structural racism exists and holds back many Black and brown communities from achieving access to opportunity and economic prosperity.

There isn’t one type of program or service out there that can address all the barriers that systemically exist. The LEAP Initiative provides multi-layered programs and services, such as: mentorship, financial literacy, workshops, trainings, scholarships, and more.

“We thank BayCoast Bank for this generous funding and for supporting our work of advancing racial and economic justice. Though institutions are working much more aggressively to create a more inclusive environment, there are barriers within the systems that are being navigated by underrepresented individuals daily. This commitment from BayCoast Bank signifies a confidence in RIBBA’s historic and groundbreaking work over the last 10 years and will help support young adults who are navigating these barriers,” said Amanda Roman – Director of Program Development & Operations at RIBBA.

The LEAP Initiative completed its first program year in July 2021 and will begin offering programs and services again in September 2021. To learn more about the mentor program and workshops being provided, go to www.ri-bba.org  or contact amanda@ri-bba.org.

The Institute for Economic Empowerment & Development (IEED) is the charitable arm of the Rhode Island Black Business Association. IEED provides education and access opportunities to individuals throughout their academic and career journeys.